Until the 1980’s, obsessive-compulsive disorder was widely regarded as resistant to psychological therapy. Now, it is recognized as one of the most treatable of mental disorders.

In fact, with the single exception of the treatment of simple phobias such as the fear of snakes, no psychotherapy for any type of mental disorder has been shown to work better than cognitive-behavioral therapy for OCD.

Cognitive-behavioral therapy for obsessive-compulsive disorder is a marvellous treatment. It does not involve plumbing the depths of consciousness. It is not difficult to learn. Furthermore it makes common sense, unlike many psychiatric therapies of the past! Every person with OCD should be familiar with the essentials of this treatment, and make an effort to put it to use.

Cognitive-behavioral therapy, or “CBT,” combines two forms of treatment that are closely aligned: cognitive therapy and behavioral therapy. Cognitive therapy deals with thoughts. It examines a person’s attitudes and assumptions. In the case of OCD, the goal of cognitive therapy is to reframe the way an individual looks at, or interprets, obsessional fears. Typically, the reframing aims to put the obsession in a more rational perspective. For instance, the person who has the persistent obsessional fear that her stove will catch fire would be encouraged to fully recognize that the cause of this thought is a brain disorder called OCD rather than a reality-based concern. The reframing of an obsession can also target the responsibility that an individual feels for a feared outcome. For example, the person with the stove-fire obsession could be encouraged to see that she is not as responsible for the stove as she had assumed. 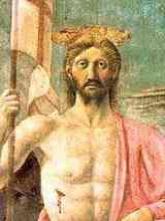 Behavioral therapy deals with a person’s behaviors or actions: It directs a person to act in certain ways that are therapeutic. For instance, the person with contamination obsessions could be directed to purposefully expose himself to a measure of contamination that he could tolerate, while resisting the temptation to perform compulsions such as washing his hands. This therapy rests on the principle of habituation: if you do something again and again, no matter how fearful it is, you lose your fear of doing it. Please click here for further discussion of behavior therapy for OCD.